Shanor and Hogue's Military Law in a Nutshell 4th ed 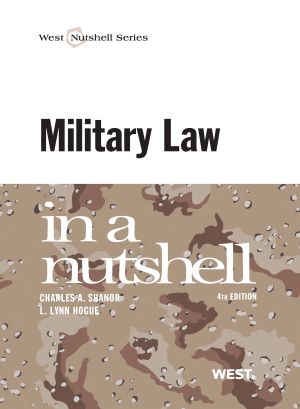 As in earlier editions, the Nutshell traces the history and development of military law, its sources, the nature of military status, rights of members of the Armed Forces, and provides an exhaustive yet accessible review of the military justice process.

Hegland's Introduction to the Study and Practice of Law in a Nutshell 6th ed
Kenney F. Hegland
ISBN 9780314290427
Published March 2014
West Academic Publishing
Out of print

Branham's The Law and Policy of Sentencing and Corrections in a Nutshell 9th ed
Lynn S. Branham
ISBN 9780314286666
Published April 2013
West Academic Publishing
Out of print