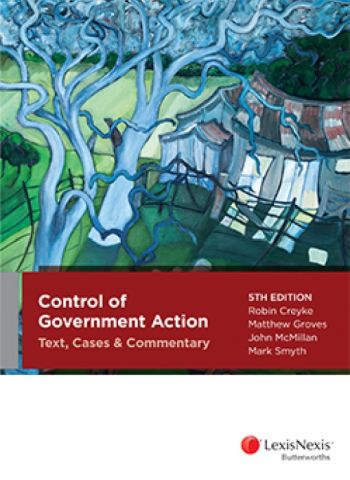 Control of Government Action: Text, Cases and Commentary, 5th edition is a highly-respected work that provides comprehensive coverage of the legal controls on government decision-making in each Australian jurisdiction, supported by legislation, case extracts and commentary.

The book displays the breadth and diversity of Australian administrative law. The different role played by courts, tribunals, ombudsmen and other review bodies is comprehensively covered. The criteria applied by those bodies in reviewing the legality and propriety of government administrative action are examined in an integrated manner that best shows the options available to an aggrieved person. Public law concepts and theories that influence government decision making and administrative review are covered.