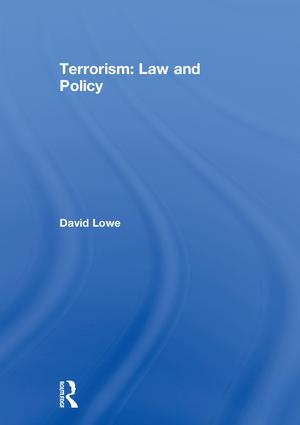 The main themes of the book will take the reader through the legal definitions of terrorism contained in various states’ statutory provisions along with how the courts have interpreted terrorism in the various states’ jurisdictions. With the main aim of any terrorist investigation being to prevent acts of terrorism occurring, this will lead to an examination of the various statutory preventative measures states have been introduced and the legal issues surrounding surveillance, terrorism intelligence exchange, radicalisation, use of social media, quasi-criminal provisions, asset freezing and the nexus between terrorist activity and organised crime.

This book brings together a number of themes related to terrorism and security but it is predominantly a legal study of the topic that covers statutory provisions and case reports form a number of nation states. This is important as states become united in preventing the threat international terrorism poses, those nation states’ security and counter-terrorism policing agencies work in ever closer co-operation.