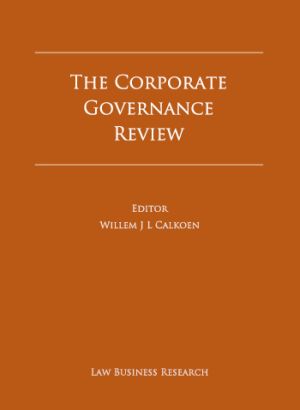 
In response to the financial crisis, many have asked 'Where were the directors?' Several countries have promulgated formal acts. Others have given government agencies more supervising powers. Many international investors, voting advisory associations and shareholder activists have wanted to be involved in dialogues with boards about strategy, succession and income.

Since 1992, when shareholder activists forced out the CEO at GM and the first corporate governance code - the Cadbury Code - was written, there has been an increased worldwide interest in better corporate governance. Many countries have produced national codes following the Cadbury 'comply or explain' model and this has generally led to more transparency, accountability, and fairness.

However, there have been many instances where imperial CEOs gradually amassed too much power and companies dwindled, leading to bad results and sometimes even failure. More have failed in the financial crisis than in other times, hence the increased interest in government acts, further supervision and new corporate governance codes for boards.

Assembling chapters written by recognised leaders in the field of securities and takeover law from 27 jurisdictions, this volume promises to serve as an excellent reference work, allowing for convenient comparisons between jurisdictions and a quick 'first look' at key legal issues and market developments pertinent to general counsel, private practitioners and their clients.