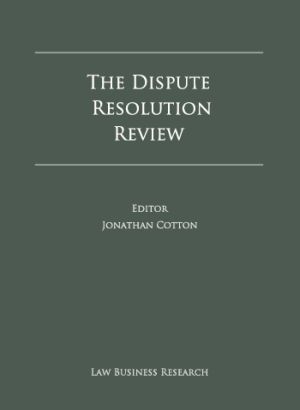 
The significance of recession for disputes lawyers around the world has been mixed. Tougher times tend to generate more and longer-running disputes as businesses scrap for every penny or cent. Business conduct that was entrenched is uncovered and gives rise to major disputes and governmental investigation. As a result of this, dispute resolution lawyers have been busy over the last few years and that seems to be continuing as we now head towards the seventh anniversary of the credit crunch that heralded the global financial crisis. Cases are finally reaching court or settlement in many jurisdictions that have their roots in that crisis or subsequent ‘scandals’ such as LIBOR.

The other effect of tougher times and increased disputes is, rightly, a renewed focus from clients and courts on the speed and cost of resolving those disputes, with the aim of doing things more quickly and for less, particularly in smaller cases. The Jackson Reforms in my home jurisdiction, the United Kingdom, are an example of a system seeking to bring greater rigour and discipline to the process of litigation, with a view to controlling costs. Whether such reforms here and in other countries have the desired effect will have to be assessed in future editions of this valuable publication.

The Dispute Resolution Review has grown to now cover 54 countries and territories. It is an excellent resource for those, both in-house and in private practice, whose working lives include involvement in disputes in jurisdictions around the world.