The Truth About Oscar Wilde 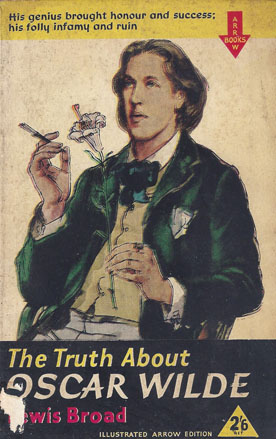 In the closing decades of the 19th century Victorian England was convulsed by a scandal that shook it to its foundations and which has been a matter of fierce controversy and speculation to this day.

From the height of his success and popularity as the country's most brilliant playwright, conversationalsit and wit, Oscar Wilde was reduced in a week to ignomany and degradation. As a result of his notorious friendship with Lord Alfred Douglas, younger son of the Marquis of Queensberry, and his feud with the old Marquis, Wilde found himself at the Old Bailey facing a future of imprisonment, ostracism and poverty.

With a frankness impossible to previous writers Lewis Broad tells the whole absorbing story of Oscar Wilde's brilliant and tragic life with special emphasis on his psychological make-up and the conduct which led to his ultimate disgrace.