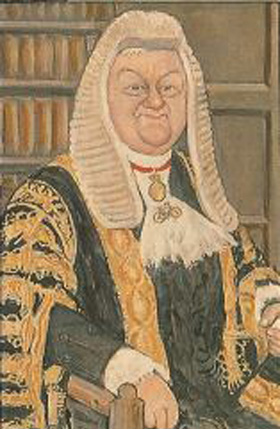 Number 4 in a Series of 5 Lord Chancellors