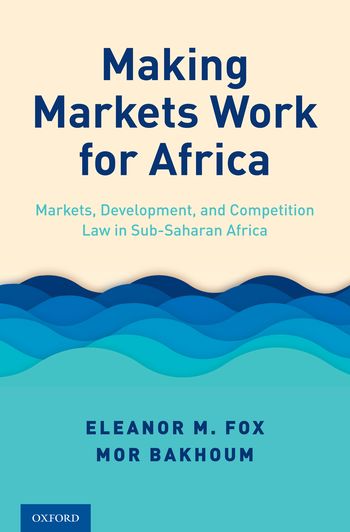 Using case studies of particular countries and particular regions, delving deeply into the facts, this book focuses on market law and policy in sub-Saharan Africa, showing how markets can be harnessed by poorer and developing economies to help make the markets work for them: to help them integrate into the world economy and provide a better standard of living for their people while preserving their values of inclusive development. It explores uses of power both by dominant firms, often multinationals, and incumbent governments and cronies, to ring-fence their market positions and deprive rivals - often the indigenous people - from fair access to markets and highlights how competition authorities are pushing back and winning fair access, lowering prices of goods and services especially for the poorer population. The book also examines the next level up - regionalism - and provides the facts that show how regionalism has so far failed to meet its promise of freeing markets from cross-border restraints by large firms that operate across national borders.

On the more technical side, the book takes a deep look at the competition policies of sets of nations in sub-Saharan Africa - West, South-eastern, and South. It examines the performance of the competition authorities of particular nations, including how they handle cartels, monopolies and mergers; their standards of illegality, and their methodologies for incorporating public interest values into their analyses.

Contents:
PART I: THE CONTEXT
Chapter I: Developing Countries, Economic Development, and Markets
Chapter II: Competition Law and the Global Landscape: The View from Above
PART II: THE STATES, THE REGIONS
Chapter III: West Africa: From State Control to Freer Markets
Chapter IV: Eastern and Southern Africa
Chapter V: South Africa: Leaning in Towards Inclusive Development
Chapter VI: Regional Arrangements: Integrating, Coordinating, and Gaining A Voice
PART III: ROADMAPS - A PLACE IN THE WORLD
Chapter VII: Perspectives from Four Stages of Development: What Is Needed by the Nations, What Is Needed for the World?
Conclusion
Appendices
Index