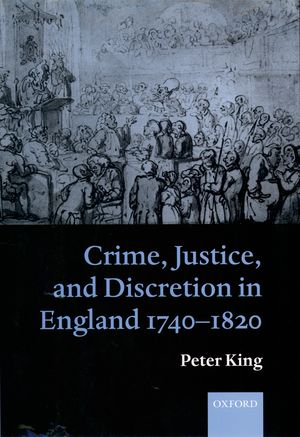 The criminal law has often been seen as central to the rule of the 18th century landed elite in England. This book presents a detailed analysis of the judicial process - of victim's reactions, pretrial practices, policing, magistrates hearings, trials, sentencing, pardoning and punishment - using property offenders as its main focus. The period 1740-1820, the final era before the coming of the new police and the repeal of the capital code, emerges as the great age of discretionary justice, and the book explores the impact of the vast discretionary powers held by many social groups. It reassesses both the relationship betweeen crime rates and economic deprivation, and the many ways that vulnerability to prosecution varied widely across the lifecycle, in the light of the highly selective nature of pretrial negotiations. More centrally, by asking at every stage who used the law, for what purposes, in whose interests and with what effects, it opens up a number of new perspectives on the role of the law in eighteenth century social relations. The law emerges as the less the instrument of particular elite groups and more as an arena of struggle, of negotiation and of compromise.;Its rituals were less controllable and its merciful moments less manageable and less exclusively available to the gentry elite than has been previously suggested. Justice was vulnerable to power but was also mobilised to constrain it. Despite the key functions that the propertied fulfilled, courtroom crowds, the counter-theatre of the condemned and the decisions of the victims from a very wide range of backgrounds had a role to play, and the criteria on which decisions were based were shaped as much by the broad and more humane discourse which Fielding called the ""good mind"" as by the instrumental needs of the propertied elites.