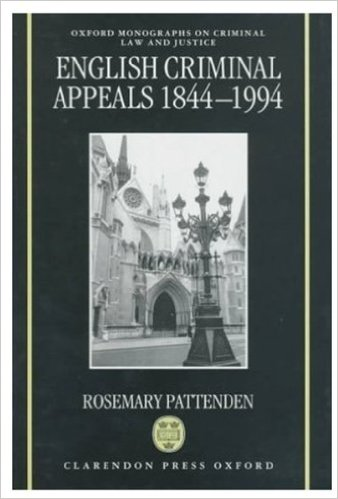 
The failure of justice in the cases of the Birmingham Six, the Guildford Four, the Maguire Seven and others in the late 1980s heightened public and media awareness of criminal appeals, a subject previously of interest mainly to legal practitioners and judges involved in the appeal process.

Practitioners' guides provided information on how to appeal convictions and sentences imposed in magistrates' courts and in the Crown Court, but there was no literature which attempted a critical examination of the law and state of criminal appeals in England and Wales or any assessment of post-appeal remedies for those like the Birmingham Six, the Guildford Four, and the Maguire Seven, who did not initially succeed in having their convictions quashed on an appeal.

English Criminal Appeals seeks to fill this gap, and in addition to outline the development of judicial and extra-judicial remedies against wrongful conviction and inappropriate sentence since 1844 when the first bill to establish a court capable of reviewing convictions on indictment was presented to Parliament.