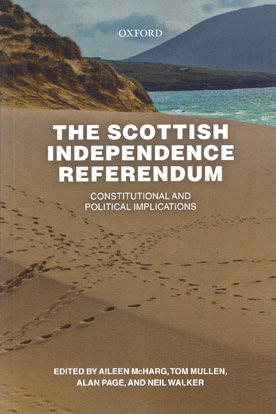 The September 2014 Scottish independence referendum was an event of profound constitutional and political significance, not only for Scotland, but for the UK as a whole.