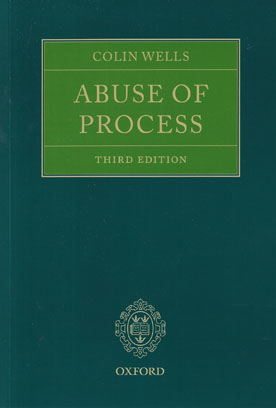 The 3rd edition of this leading text examines, from a practitioner's point of view, the concept of abuse of process and how it operates within criminal and extradition proceedings.

This title deals with the different procedural and factual situations that give rise to an abuse of process, covering the whole of criminal litigation, from pre-charge advisory stage to appellant level. A number of different topics are examined from a case law perspective; covering disclosure, entrapment, delay, loss of evidence, abuse of executive power, adverse publicity, ability to participate.