The Parody Exception in Copyright Law 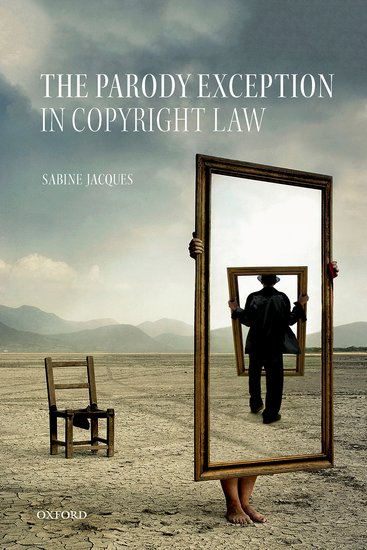 Parodies have been created throughout times and cultures. A glimpse at the general judicial latitude generally afforded to parodies, satires, caricatures, and pastiches demonstrates the social and cultural value of this particular form of artistic expression. With the advent of technologies and the evolution of copyright legislation, creative endeavours in the form of parody gathered a new youth but became unlawful.

While copyright law grants exclusive rights to right-holders, this right is not absolute. Legislation includes specific exceptions, which preclude right-holders from exercising their prerogatives in particular cases which foster creativity and cultural diversity within that society. The parody exception pertains to this ultimate objective by permitting users to reproduce copyright-protected materials for the purpose of parody.

This is the first book in English to offer an in-depth investigation into the parody exception in copyright law, and comments on industry practices linked to this form of creative endeavours.