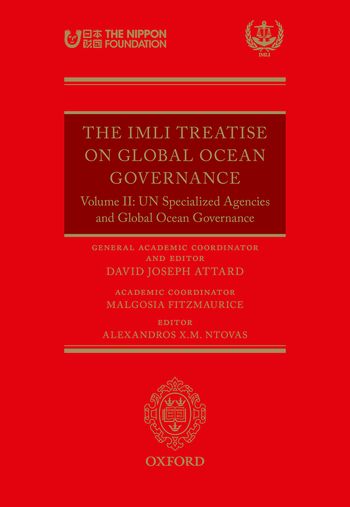 In 1994, a long debated compromise on the issue of seabed mining became the starting pistol for the development of modern ocean law and its complex interrelations. Now, over twenty years later, the framework set by such agreements as the 1982 UN Convention on the Law of the Sea has been expanded to cover contemporary concerns of environmental sustainability, economic development, social justice, human rights, security, marine pollution, and even the challenges of climate change. Yet the journey is not smooth. This book forms part of a three volume series that looks to examine the more successful ocean law schemes and the less effective, and presses the need for change, as scientific and technological innovation, the surge in human population, and pressing moral concerns open new spaces for ocean law.

In the second volume in the series, autonomous organisations working under the auspices of the UN are the target, from the World Intellectual Property Organization to the United Nations Office on Drugs and Crime: are they ensuring sustainable development, are efforts adequately administrated, and how much co-ordination is there between different legal bodies?