The Human Rights Covenants at 50: Their Past, Present, and Future 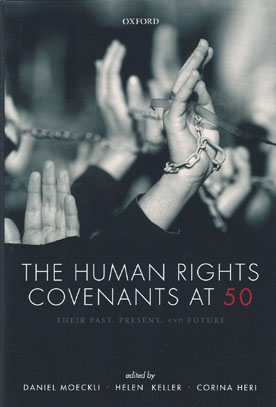 While the adoption of the two UN human rights covenants was celebrated all over the world, their 50th anniversary has received very little attention from the international community. The present book marks this anniversary by taking stock of the first half-century of the existence of what are probably the world's two most important human rights treaties.

It does so by reflecting on what the covenants have achieved (or failed to achieve) in the years that have passed, by determining and comparing their current influence in the various regions of the world, and by assessing their potential roles in the future.

The book contains papers that were presented during a symposium held in Zurich in 2016, which brought together experts and stakeholders from a range of disciplines and world regions. Some fundamental issues that are addressed by the contributors are as old as the two covenants themselves.

They concern, for example, the division of human rights into first- and second-generation rights, and the question of whether there should be one central monitoring body - possibly a world court - or more than just one. However, the contributors go beyond such questions that have been explored before; they develop new answers to old questions and point to new challenges.