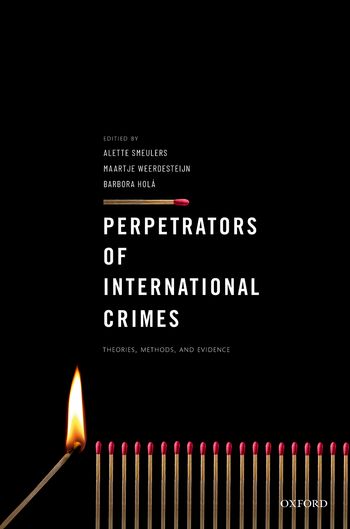 Why would anyone commit a mass atrocity such as genocide, crimes against humanity, war crimes, or terrorism? This question is at the core of the multi- and interdisciplinary field of perpetrator studies, a developing field which this book assesses in its full breadth for the first time.

Perpetrators of International Crimes analyses the most prominent theories, methods, and evidence to determine what we know, what we think we know, as well as the ethical implications of gathering this knowledge. It traces the development of perpetrator studies whilst pushing the boundaries of this emerging field. The book includes contributions from experts from a wide array of disciplines, including criminology, history, law, sociology, psychology, political science, religious studies, and anthropology. They cover numerous case studies, including prominent ones such as Nazi Germany, Rwanda, and the former Yugoslavia, but also those that are relatively under researched and more recent, such as Sri Lanka and the Islamic State. These have been investigated through various research methods, including but not limited to, trial observations and interviews.