The History of ICSID 2nd ed 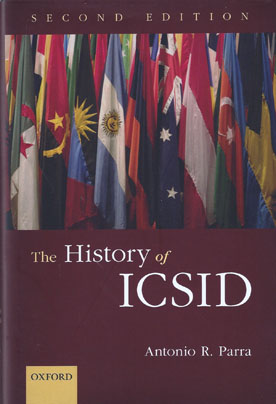 Antonio Parra, the first Deputy Secretary-General of ICSID, traces the immediate origins of the Convention, in the years 1955 to 1962, and gives a stage-by-stage narrative of the drafting of the Convention between 1962 and 1965.

He recounts details of bringing the Convention into force in 1966 and the elaboration of the initial versions of the Regulations and Rules of ICSID adopted at the first meetings of its Administrative Council in 1967. The three periods 1968 to 1988, 1989 to 1999, and 2000 to June 30, 2010, are covered in separate chapters which examine the expansion of the Centre's activities and changes made to the Regulations and Rules over the years.

There are also overviews of the conciliation and arbitration cases submitted to ICSID in the respective periods, followed by in-depth discussions of selected cases and key issues within them. A concluding chapter discusses some of the broad themes and findings of the book, and includes several suggestions for further changes at ICSID to help ensure its continued success.

The book offers unique insight into the establishment and design of ICSID, as well as into how the institution evolved and its relationship with the World Bank. It is essential reading for those involved in this field.