Law for Sale: A Philosophical Critique of Regulatory Competition 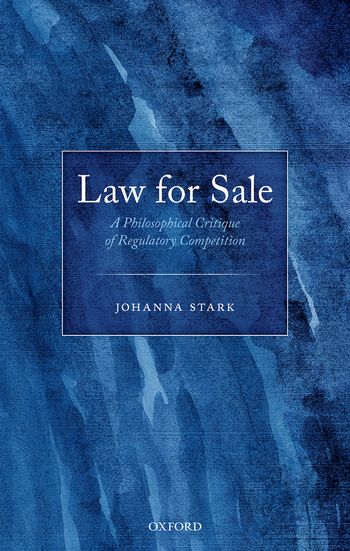 Common markets, open borders, air traffic, and the internet have made it faster and less expensive to change places and jurisdictions. As a result, legal forums are increasingly treated as a good that is subject to the market mechanism. Individuals and corporations increasingly have free reign to choose which legal rules to apply to their company, their contract, their marriage, or their insolvency proceedings. States in turn grant these opportunities and respond to demand by competing with other suppliers of legal regimes. 'Regulatory competition' describes a dynamic in which states as producers of legal rules compete for the favour of mobile consumers of their legal products.

This book focuses on the philosophical underpinnings, problems, and consequences of such regulatory competition. It argues that there is a mismatch between regulatory competition as a policy approach and the beliefs and commitments that shape our thinking about law and the state. It concludes that 'law markets' are potentially at odds with both our conception of the functions of legal rules and of key political ideals and principles such as democracy, state autonomy, and political authority.