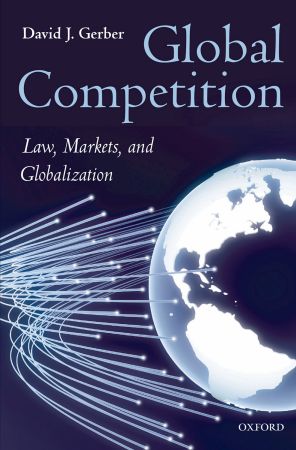 Global competition now shapes economies and societies in ways unimaginable only a few years ago, and laws shape and maintain global competition, determining how effective global markets are and how they distribute benefits and harms. Competition (or nullantitrustnull) law plays a central role in this framework of law. These laws are intended to protect the competitive process from distortion and restraint, and in the domestic context, they embody and reflect the relationships between markets, their participants and those affected by them.

On the global level, however, competition law is provided by those players that have sufficient nullpowernull to apply their laws transnationally. In practice, this means that the US and the EU generally provide the competition law principles for global competition. This book examines this important and controversial aspect of globalization.

Part I examines the evolution of the current system of competition law for global markets, the factors that have shaped it, and how it operates today. There was once a widespread belief that harm to global competition was an international problem that should be addressed through international coordination, but the Cold War submerged this ideal and led to the current system. Since the 1990s efforts have been made to develop transnational cooperation in this area, but the basic system remains in place. The evolution and operation of this system cannot be understood without understanding the factors in national experience that have shaped them

The second part of the book focuses on these national experiences and the roles they have played in the evolution of the global system. It examines US and European experience as well as the experience of the newer players such as China that will necessarily play major roles in the future.

Finally, the book examines the potential for creating a system that functions more effectively and provides more support for global economic and political development. Drawing on parts I and II and on social science as well as legal literature, it identifies the factors that will play a role in moving towards a more effective legal framework for global competition and suggests a pathway for needed reforms.