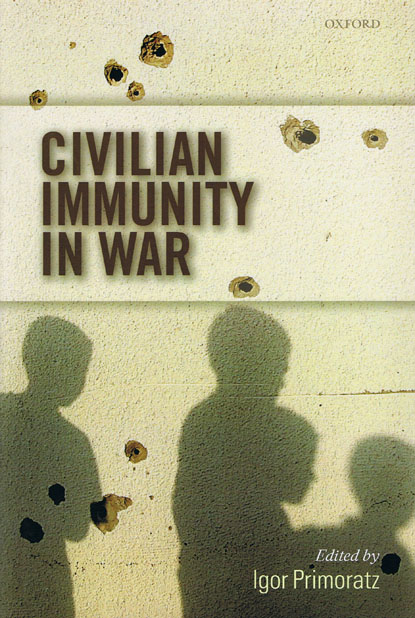 The protection of noncombatants from deadly violence is the centrepiece of any account of ethical and legal constraints on war. It was a major achievement of moral progress from early modern times to World War I. Yet it has been under constant attrition since - perhaps never more so than in our time, with its 'new wars', the spectre of weapons of mass destruction, and the global terrorism alert.

Civilian Immunity in War, written in collaboration by eleven authors, provides the first comprehensive analysis of all main aspects of this highly topical subject. It considers the arguments for rejection of civilian immunity and the main theories of the grounds and proper scope of this immunity, both deontological (just war theory) and consequentialist. Separate chapters examine the historical development of the idea of civilian immunity, its standing in current international law, and the problem of nullcollateral damagenull: of harming civilians without intent, as a side-effect of attacks on military targets.

The volume also addresses a string of specific issues. Civilian immunity has undergone much attrition with the development of air warfare and the tendency of military conflict to degenerate into nulltotalnull war. On the other hand, modern military technology with its precision guidance missiles and nullsmartnull bombs opens up the possibility of restricting deadly violence to its proper targets and staying clear of civilian life, limb, and property. Another pressing issue is the fate of women in war in light of mass rapes characteristic of some 'new wars'.