This book is now Out of Print.
A new edition has been published, the details can be seen here:
The Law of Extradition and Mutual Assistance 3rd ed isbn 9780199692811

The Law of Extradition and Mutual Assistance 2nd ed 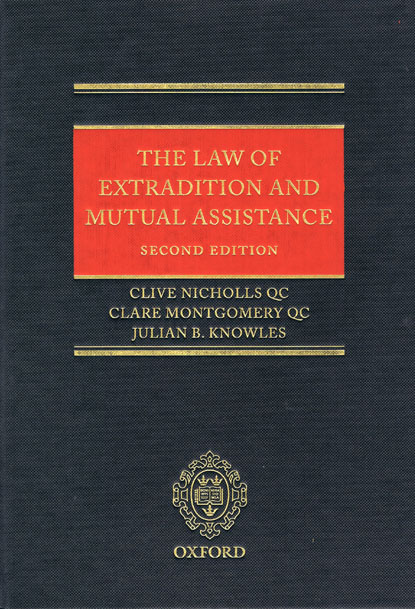 
The Law of Extradition and Mutual Assistance provides a comprehensive and authoritative treatment of the laws covering the extradition arrangements between the UK and other states, as well as international mutual assistance. Since the first edition was published by Cameron May in 2002, the Extradition Act 1989 and the Criminal Justice (International Co-operation) Act 1990 have been repealed and replaced by the Extradition Act 2003 and the Crime (International Co-operation) Act 2003, respectively, and international confiscation is now dealt with under the Proceeds of Crime Act 2002.

This second edition has therefore been scrupulously updated and rewritten to take into account all of the legislative changes, and offers a detailed treatment and practical guidance to the new legislation. The new edition has also been expanded to provide comparative coverage on extradition law and practice in other jurisdictions, including the US, Canada, and Australia, and includes a chapter on how the European Arrest Warrant is dealt with in other EU countries.

The authors provide an expert commentary and critique of the new legislation and case law, and the book contains all relevant legislation.