Justice versus Judiciary: Justice Enthroned or Entangled in India 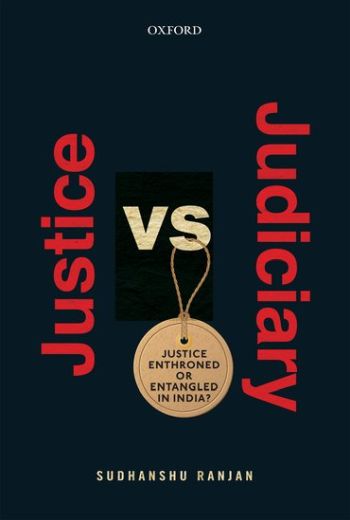 There can be no dispute that the judges of the high courts and the Supreme Court of India wield tremendous powers. However, power comes with a price which bestows huge responsibility and calls for strict adherence to dos and don'ts. This book builds upon this narrative and advocates that judges must be made accountable not only in respect of their personal conduct and integrity, but also in respect of the judicial verdicts they deliver. The work emphasizes that the need for judicial accountability has increased in recent times as the judiciary is, nowadays, performing not only judicial functions, but virtually executive functions also, for which the government is accountable to the people. The author, in particular, critically discusses Articles 141, 142, and 144, which make the Supreme Court the most powerful institution in the country, and Articles 32 and 136, which also confer wide powers on it. Using these powers, the apex court sometimes, unmindful of the budgetary and other vital implications, passes orders which are simply not implementable. For example, the intervention of the Supreme Court in the matter of the interlinking of rivers, a policy decision which falls clearly in the domain of the Executive. The book advocates the need for judicial accountability to save the institutions of justice from turning autocratic and narcissistic.