Terrorism and the Law 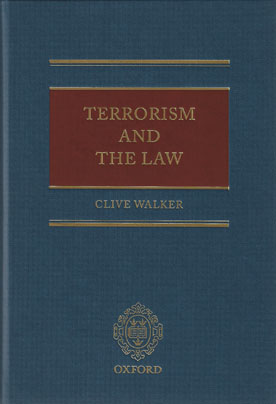 Terrorism law and legal practice has been politically and socially controversial to a degree beyond almost any other legal issue during the past few years, and this analytical text contains extensive analysis of these controversies.

Terrorism and the Law offers a thoughtful and up-to-date discussion of all the key materials on terrorism law. It provides comprehensive coverage of all the major domestic, European, and international laws, and their impact on the UK. It also contains an extensive examination of the implementation of these terrorism laws, and of the practical issues they raise.

The book contains three Parts. Part I focuses on meanings of 'terrorism' in law and political science. It provides the reader with an understanding of the phenomenon and the legal concept, including its statutory definitions, which is essential to the book's assessment of the strategies and tactics adopted in the codes of laws. It also covers normative constraints, such as human rights.