Legal Aspects of Carbon Trading: Kyoto, Copenhagen and Beyond 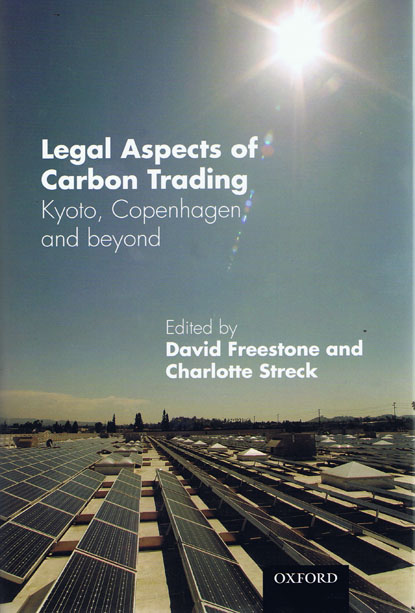 Since 2005 the carbon market has grown to nearly $100 billion per annum. This new book examines all the main legal issues which are raised by this explosion of what is now called carbon finance. It covers not only the Kyoto Flexibility Mechanisms but also the EU Emissions Trading Scheme (ETS) that is in the process of reform and other national and voluntary schemes.

The Parties to the 1992 UN Framework Convention are in the process of negotiating a successor regime to the 1997 Kyoto Protocol whose commitment period ends in 2012. As scientists predict that the threat of dangerous climate change requires much more radical mitigation actions, the negotiations aim for a more comprehensive and wide ranging agreement which includes new players - such as the US - as well as taking account of new sources (such as aircraft emissions) and new mechanisms such as Reducing Emissions through Deforestation and Degradation (REDD). This volume will cover the legal aspects of these schemes, including current proposals for US actions.

This volume builds on the success of the editors' previous volume published by OUP in 2005: Legal Aspects of Implementing the Kyoto Protocol Mechanisms: Making Kyoto Work, which remains the standard work of reference for legal practitioners and researchers on carbon finance and trading under the Kyoto Protocol.