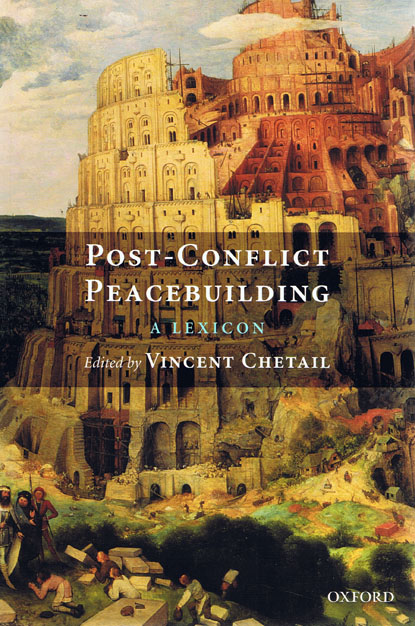 Post-Conflict Peacebuilding comes at a critical time for post-conflict peacebuilding. Its rapid move towards the top of the international political agenda has been accompanied by added scrutiny, as the international community seeks to meet the multi-dimensional challenges of building a just and sustainable peace in societies ravaged by war.

Beyond the strictly operational dimension, there is considerable ambiguity in the concepts and terminology used to discuss post-conflict peacebuilding. This ambiguity undermines efforts to agree on common understandings of how peace can be most effectively 'built', thereby impeding swift, coherent action. Accordingly, this lexicon aims to clarify and illuminate the multiple facets of post-conflict peacebuilding, by presenting its major themes and trends from an analytical perspective.

To this end, the book opens with a general introduction on the concept of post-conflict peacebuilding, followed by twenty-six essays on its key elements (including capacity-building, conflict transformation, reconciliation, recovery, rule of law, security sector reform, and transitional justice).

For each key concept a generic definition is proposed, which is then expanded through discussion of three main areas: the meaning and origin of the concept; its content and essential components; and its means of implementation, including lessons learned from past practice.