Act and Crime: The Philosophy of Action and its Implications for Criminal Law 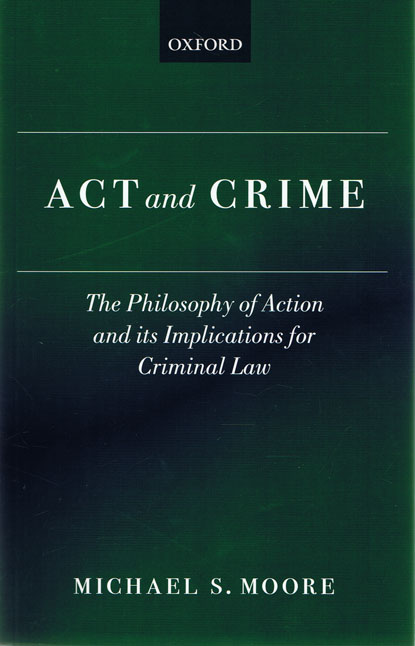 In print for the first time in over ten years, Act and Crime provides a unified account of the theory of action presupposed by both Anglo-American criminal law and the morality that underlies it.

The book defends the view that human actions are always volitionally caused bodily movements and nothing else. The theory is used to illuminate three major problems in the drafting and the interpretation of criminal codes: 1) what the voluntary act requirement both does and should require; 2) what complex descriptions of actions prohitbited by criminal codes both do and should require (in addition to the doing of a voluntary act); and 3) when two actions are 'the same' for purposes of assessing whether multiple prosecutions and multiple punishments are warranted.

The book both contributes to the development of a coherent theory of action in philosophy, and it provides both legislators and judgees (and the lawyers who argue to both) a grounding in three of the most basic elelments of criminal liability.