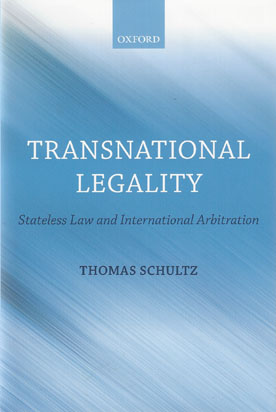 What should we call law when it is not the law of one or several states? Does it actually matter what we call law? How can we take into account the consequences of calling something law when we shape the concept of law in the first place?

The argument of this book is firmly rooted in contemporary legal positivism and is attentive to current debates regarding the rule of law to ponder legality without territory. A theory is suggested regarding the minimal conditions that transnational regimes must fulfil in order to legitimately and appropriately count as law. The theory is tested on various arbitral regimes.

The book thus offers reflections on the extent to which legality and the rule of law can serve as a moral and political benchmark for transnational regimes, to assess the political morality of arbitration's current autonomy from states and what arbitration's claim for an increase in that autonomy implies.