Insurance and the Law of Obligations 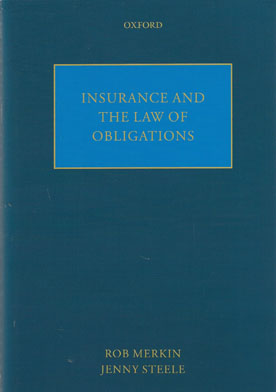 It is widely acknowledged that insurance has a major impact on the operation of tort and contract law regimes in practice, yet there is little sustained analysis of their interaction.

The majority of academic private lawyers have little knowledge of insurance law in its own right, and the amount of discussion directed to insurance in private law theory is disproportionately small in relation to its practical importance. Filling this substantial gap in the literature, this book explores the multiple influences of insurance in the law of obligations, and the nature and impact of insurance law as an inherent and significant aspect of private law.

The structured exploration and interpretation of the contemporary role of insurance in the law of obligations, and of its implications, illuminates this under-explored area of private law, and equips the reader for further enquiry and debate.