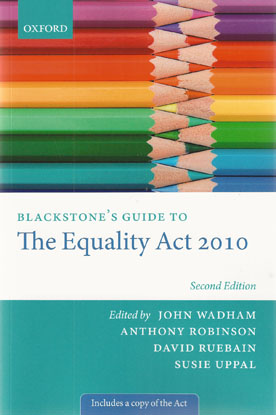 
The Equality Act 2010 was an extremely significant reform of UK discrimination law, consolidating the existing complex mass of statutory provisions into one statute.

Much more is now known about the Equality Act in practice; amendments have been made to the Act itself (such as those made as a consequence of insurance premium and gender cases in the European Court of Justice) and statutory guidance to the Act has been produced.

Case law on the new provisions is also starting to appear. This fully revised edition of Blackstone's Guide to the Equality Act 2010 covers all recent developments and clearly and concisely explains the intricacies of the Equality Act. Combining the full text of the Act, as amended, with narrative from an expert team, the book is an invaluable resource for all who encounter the evolving legislation.

New to this edition: