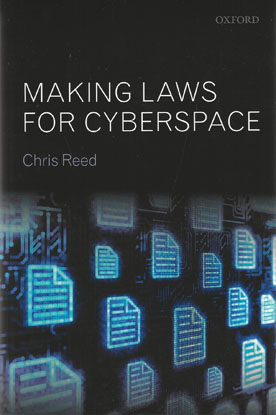 Providing a scholarly analysis of how to govern and make the right kinds of laws for cyberspace, in this work, Professor Reed investigates the vast majority of cyberspace users who wish to act lawfully and asks whether the current state of law in cyberspace makes it possible for them to do so. If not, why not, and what is the cure?

The only text to comprehensively analyse European cyberspace lawmaking, this book provides a new perspective to the debate about the proper shape and scope of internet laws.