From Empire to Union: Conceptions of German Constitutional Law Since 1871 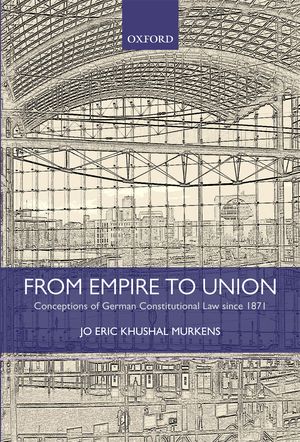 Germany has long been at the centre of European debates surrounding the modern role of national constitutional law and its relationship with EU law. In 2009 the German constitutional court voted to uphold the constitutionality of the Lisbon Treaty, but its critical, restrictive decision sent shockwaves through the European legal community who saw potential threats to further European integration. What explains Germany's uneasy relationship with the project of European legal integration? How have the concepts of sovereignty, state, people, and democracy come to dominate the Constitutional Court's thinking, despite not being defined in the Constitution itself? Despite its importance to the whole enterprise of the European Union, German constitutional thought has been poorly understood in the wider European literature.