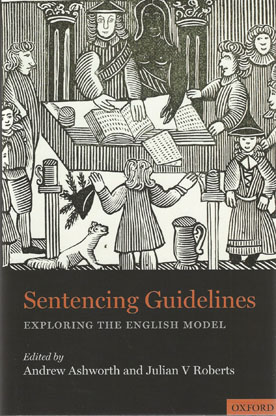 In addition, the international dimension offers a comparative perspective: the English guidelines are explored by leading academics from the United States and New Zealand.

Although there is a vast literature on sentencing guidelines across the United States, the English guidelines have attracted almost no attention from scholars. As other jurisdictions look to introduce more structure to sentencing, the English scheme offers a real alternative to current US schemes.

Contributors include practicing lawyers, legal and socio-legal academics, and also scholars from several other countries including New Zealand and the United States, providing a multidisciplinary and cross-jurisdictional approach to sentencing. This book will be of interest to academics from law, sociology and criminology, legal practitioners, and indeed anyone else with an interest in sentencing, around the world.