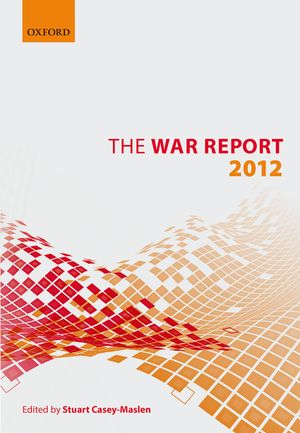 
This is a comprehensive Report on every armed conflict which took place during 2012. It is the first of a new series of annual reports on armed conflicts across the globe, offering an unprecedented overview of the nature, range, and impact of these conflicts and the legal issues they create.

In Part I the Report describes its criteria for the identification and classification of armed conflicts under international law, and the legal consequences that flow from this classification. It sets out a list of armed conflicts in 2012, categorising each as international, non-international, or a military occupation, with estimates of civilian and military casualties. In Part II, each of these conflicts are examined in more detail, with an overview of the belligerents, means and methods of warfare, the applicable treaties and rules, and any prosecutions for, investigations into, or robust allegations of war crimes. Part III of the Report provides detailed thematic analysis of key legal developments which arose in the context of these conflicts, allowing for a more in-depth reflection on cross-cutting questions and controversies. The topics under investigation in this Report include drone strikes, the use of explosive weapons, small arms, forced displacement of civilians, detention at Guantanamo Bay, and the enforcement of international humanitarian and criminal law in both national and international courts. The Report gives a full and accessible overview of armed conflicts in 2012. It should be the first port of call for everyone working in the field.