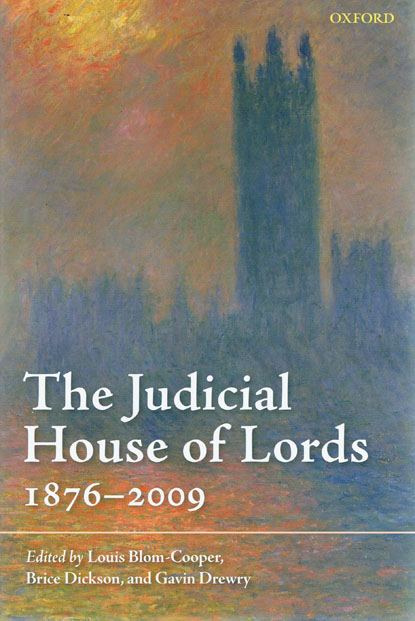 The House of Lords has served as the highest court in the UK for over 130 years. In 2009 a new UK Supreme Court will take over its judicial functions, closing the doors on one of the most influential legal institutions in the world, and a major chapter in the history of the UK legal system.

This volume gathers over 40 leading scholars and practitioners from the UK and beyond to provide a comprehensive history of the House of Lords as a judicial institution, charting its role, working practices, reputation and impact on the law and UK legal system.

The book examines the origins of the House's judicial work; the different phases in the court's history; the international reputation and influence of the House in the legal profession; the domestic perception of the House outside the law; and the impact of the House on the UK legal tradition and substantive law.

The book offers an invaluable overview of the Judicial House of Lords and a major historical record for the UK legal system as it opens the next chapter in its history.