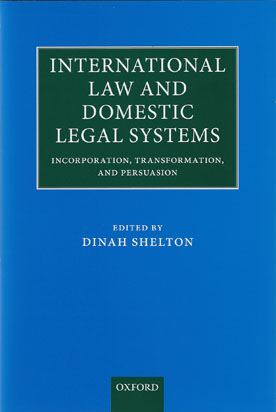 Different countries incorporate and interpret international law in different ways. This book provides a systematic analysis of the domestic constitutional regime of over two dozen countries, setting out the status accorded to international law in those countries and its normative weight, as well as problems relating to its implementation.

This country-by-country comparison allows the book to examine how the international legal order and domestic legal systems interact and influence each other. Through a series of chapters on the role of international law in 27 countries throughout the world, it shows a growing tendency towards greater democratic participation in treaty-making coupled with a significant utilization of informal agreements that by-pass such participation, as well as a role for non-binding normative instruments as persuasive authority in domestic judicial decision-making.

The chapters suggest a stronger attachment to international law in legal systems that have survived a period of repression, resulting in many cases in a higher normative status for international human rights instruments in those states. The impact of the European Union on the constitutional order of its member states is also examined.