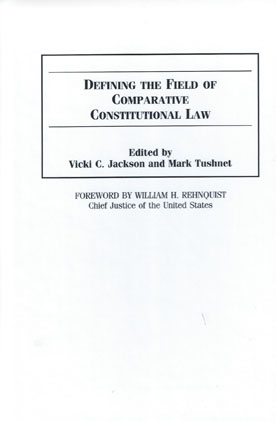 Jackson, Tushnet, and their contributors, distinguished jurists and legal scholars from around the world, seek to define the field of constitutional law, sometimes expressly but more often by illustrating the way in which each writer thinks about comparative constitutional law.

Third, explicit or implicit in virtually all of the essays is the theme that globalization as a phenomenon requires comparative constitutional study. Here is a thoughtful and stimulating collection that will be of value to legal scholars, students, and others involved with constitutional law issues.