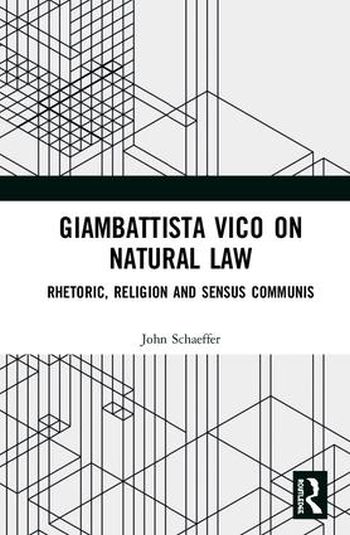 This book introduces the thought of Giambattista Vico (1668-1744) into the discussion about natural law. For many critics, natural law is not natural but a façade behind which lurks the supernatural – that is, revealed religion. While current notions of natural law are based on either Aristotelian/Thomistic principles or on Enlightenment rationalism, the book shows how Vico was the only natural law thinker to draw on the Roman legal tradition, rather than on Greek or Enlightenment philosophy.

Specifically, the book addresses how Vico, drawing his inspiration from Roman history, incorporated both rhetoric and religion into a dynamic concept of natural law grounded in what he called the sensus communis: the entire repertoire of values, images, institutions, and even prejudices that a community takes for granted. Vico denied that natural law could ever furnish a definitive answer to moral problems in the social/public sphere. Rather he maintained that such problems had to be debated in the wider arena of the sensus communis. For Vico, as this book argues, natural law principles emerged from these debates; they did not resolve them.