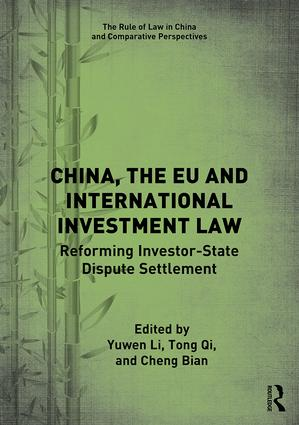 This book provides an original and critical analysis of the most contentious subjects being negotiated in the China-EU Comprehensive Agreement on Investment (CAI).

This book will be of interest to scholars and practitioners in the field of international investment and trade law, particularly investment dispute settlement.