The Language of the Law: An Anthology of Legal Prose 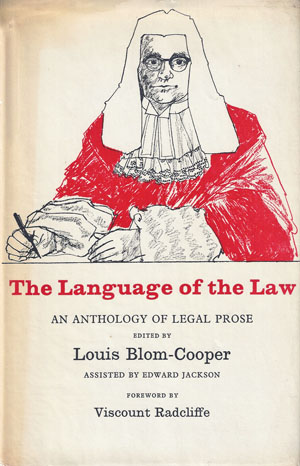 Sir Arthur Quiller-Couch, editing the Oxford Book of English Prose discovered a new vein of literature. Law books, undeniably rich in legal learning, contained - rather surprisingly, he found - a sizeable body of good writing. But the recovery of these literary gems from their legal environment was a formidable task, and only three judges found their way into his anthology.