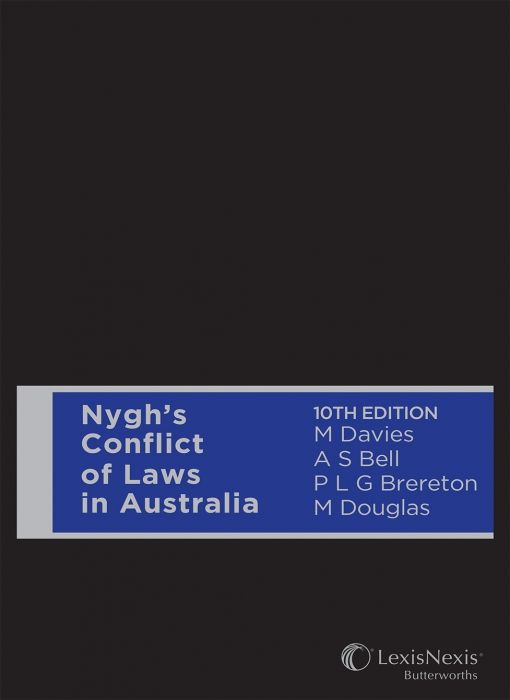 Nygh’s Conflict of Laws in Australia, 10th Edition is the leading text provides authoritative and comprehensive coverage of the three main areas of private international law: jurisdiction, choice of law and recognition and enforcement of foreign judgments and arbitral awards. The wide-ranging subject matter includes international commercial dealings and other civil obligations, administration of estates and succession, international child abduction, adoption, proof of foreign law, and the recognition of same-sex marriages. It covers the legislation and civil procedure rules of all Australian jurisdictions as well as important common law developments. The clear explanations of complex concepts make Nygh’s Conflict of Laws in Australia ideal for both legal practitioners and students of conflict of laws or private international law.

The tenth edition has been comprehensively revised and updated. It includes discussion and analysis of significant developments in the field, including: