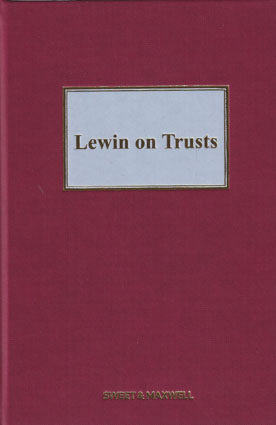 Lewin on Trusts is one of the great legal textbooks, regarded as the definitive text on the subject of the law of trusts. It is a key mainwork of the private client list and is frequently cited in court.

Lewin provides you with the definitive guide to trust law and practice, covering the definition, classification and creation of trusts, trustees, beneficiaries, administration, breach of trust and remedies, and variation of trusts.

Contents:
Definition, classification and creation of trusts.
The trustees.
The beneficiaries and beneficial interests.
Administration of the trust property.
Breach of trust and remedies.
Lawful departure from the trusts.
Money laundering.