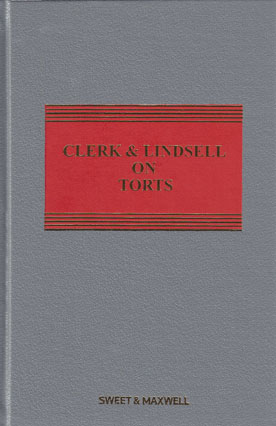 As part of our Common Law Library series, Clerk & Lindsell on Torts stands out as one of our flagship titles. It is the definitive work and market leader in this area of law; it offers the most comprehensive coverage of the subject, providing the end user with indispensable access to current, frequent and unrivalled authoritative information on all aspects of tort law. An essential reference tool, Clerk & Lindsell is widely referred to and cited by practitioners and the judiciary.

New to the 21st Edition

The new edition will bring work completely up to date with the changes in the law since the last edition, including those arising from the Defamation Act 2013 and the developments in all of the key case law, including for example decisions of the Supreme Court in:

The new edition will also cover all of the important decisions handed down by the Court of Appeal, for example: