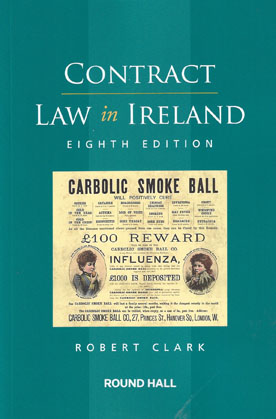 The eighth edition of this bestselling Irish Contract Law text includes a number of important, and landmark, legislative changes that have taken place since the last edition, for example the Assisted Decision-Making (Capacity) Act from late 2015 and many more.

Also included in this edition are developments in case law from Irish jurisdictions as well as England and Wales and elsewhere in the Commonwealth. The important doctrinal shifts marked in the previous edition on the convergence of principles that govern Judicial Review in public law and their influence over performance of private law obligations has continued to mark the emergence of good faith standards in the interpretation of promises that, at first, look to be void for uncertainty. There have been similar developments on good faith in regard to the performance of contracts. Changes in the fortunes of Lord Hoffmann's views on principles governing contractual interpretation and implied terms are traced and it will be interesting to see how the Irish courts will respond to such events. The final appellate courts in the United Kingdom, Australia and Ireland have provided important decisions relating to statutory illegality, serving to make the law in all three jurisdictions more responsive to the imperatives that lie behind the statute in question.

Recent case law from Ireland, England and Wales, Australia and New Zealand continues to develop the law on promissory estoppel in a contractual setting. Chapter 19, the law relating to damages following on from a breach of contract, has been expanded to take account of added complexities, the uncertainty surrounding the date of breach rule, and some hints about remoteness and consequential loss. Other areas include compensation for non-pecuniary loss, contributory negligence and penalty/liquidated damages clauses. Professor Clark provides a convenient and reliable guide to Irish Contract Law, as located in the context of the English (and Irish) common law tradition.