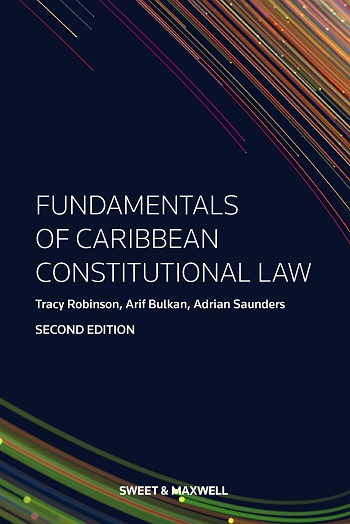 Fundamentals of Caribbean Constitutional Law is an essential resource for all students and practitioners of Caribbean public law. It identifies the key features of the constitutional systems in the 12 independent states and 6 overseas territories in the Anglophone Caribbean, discusses the foundational concepts associated with these constitutions and reviews the development and reform of constitutional law in this region.

This book is an authoritative source of what is the law. The first edition is cited in judicial decisions from Barbados, Belize, Dominica, Grenada, Guyana, Jamaica, St. Lucia and Trinidad and Tobago, including by several of the region’s appellate courts.

Fundamentals of Caribbean Constitutional Law is essential reading for all students engaged in studying for the LLB, a mixed law degree or LLM in the Caribbean, and those who trained as lawyers or did the LLB degree outside the Caribbean who are qualifying to practice law in the Caribbean. The book is also a valuable reference for legal practitioners throughout the Commonwealth and for students of comparative constitutional law.