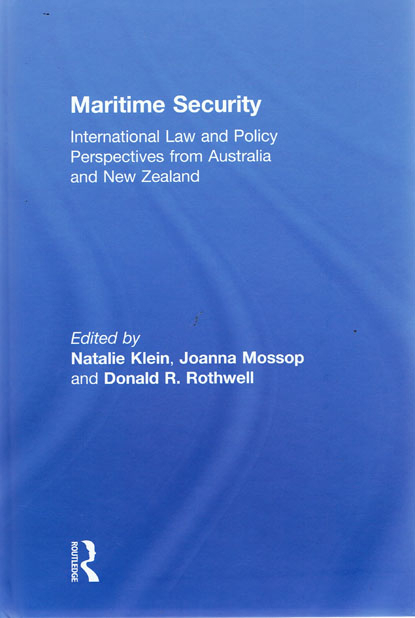 Maritime security is of vital importance to Australia and New Zealand as both countries depend on maritime transport for their economic survival. Since the events of September 11th 2001, significant questions have been raised as to whether Australia and New Zealand are adequately prepared for the consequences of a major disruption to global shipping following a terrorist attack on a leading regional port such as Hong Kong or Singapore. Considerable efforts have also been undertaken to improve responses to an array of maritime security threats, such as transnational crime, environmental pollution, and piracy and armed robbery. This volume identifies those issues that particularly affect Australia and New Zealand's maritime security, evaluating the issues from legal and political perspectives, and proposes methods for improving maritime security in the two countries. While the focus is primarily on Australia and New Zealand, the scope extends to regional considerations, addressing matters related to Pacific Island states, Southeast Asia and the Antarctic and sub-Antarctic region. The book also addresses strategic partnerships examining the influence of the United States, and analyses issues within the broad framework of international law and politics. Maritime Security: International Law and Policy Perspectives from Australia and New Zealand will be of great interest to scholars of international law, international relations and maritime affairs, maritime industry professionals, private and government lawyers, as well as diplomats, consuls and government officials.