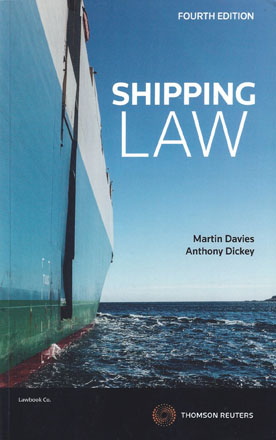 Shipping Law 4th ed is the landmark work in its field and provides comprehensive coverage of all aspects of maritime law from a uniquely Australian perspective.

The Fourth Edition of this well-respected text on Australian Shipping Law `captures the many developments that have occurred since the last edition published in 2004 and will include comparative reference to English and American law.

Commonly-occurring maritime law issues such as ship financing, insurance and liability are dealt with in useful detail alongside more occasional matters concerning pollution from ships, shipwrecks and the salvage of vessels. New developments considered include: