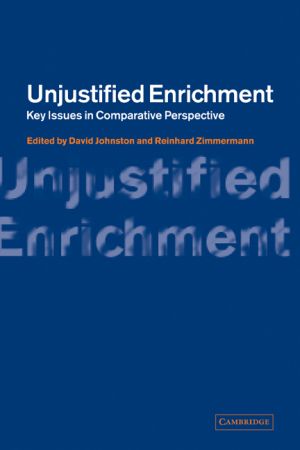 Unjustified enrichment has been one of the most intellectually vital areas of private law. There is, however, still no unanimity among civil-law and common-law legal systems about how to structure this important branch of the law of obligations.

This approach illuminates not just similarities or differences between systems, but also what different systems can learn from one another. In an area of law whose territory is still partially uncharted and whose borders are contested, such comparative perspectives will be valuable for both academic analysis of the law and its development by the courts.