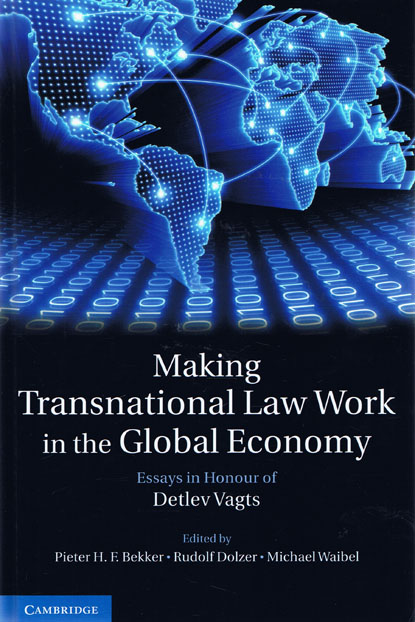 This tribute to Professor Detlev Vagts of the Harvard Law School brings together his colleagues at Harvard and the American Society of International Law, as well as academics, judges and practitioners, many of them his former students.

Their essays span the entire spectrum of modern transnational law: international law in general; transnational economic law; and transnational lawyering and dispute resolution. The contributors evaluate established fields of transnational law, such as the protection of property and investment, and explore new areas of law which are in the process of detaching themselves from the nation-state such as global administrative law and the regulation of cross-border lawyering.

The implications of decentralised norm-making, the proliferation of dispute settlement mechanisms and the rising backlash against global legal interdependence in the form of demands for preserving state legal autonomy are also examined.