Detention in the 'War on Terror': Can Human Rights Fight Back? 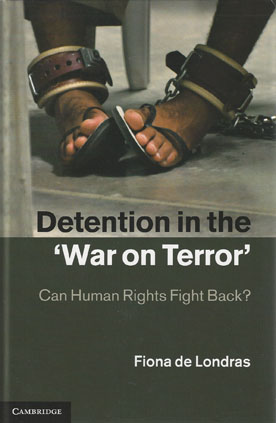 Fiona de Londras presents an overview of counter-terrorist detention in the US and the UK and the attempts by both states to achieve a downward recalibration of international human rights standards as they apply in an emergency.

Arguing that the design and implementation of this policy has been greatly influenced by both popular and manufactured panic, Detention in the 'War on Terror' addresses counter-terrorist detention through an original analytic framework.

In contrast to domestic law in the US and UK, de Londras argues that international human rights law has generally resisted the challenge to the right to be free from arbitrary detention, largely because of its relative insulation from counter-terrorist panic. She argues that this resilience gradually emboldened superior courts in the US and UK to resist repressive detention laws and policies and insist upon greater rights-protection for suspected terrorists.