The Limits of Leviathan: Contract Theory and the Enforcement of International Law 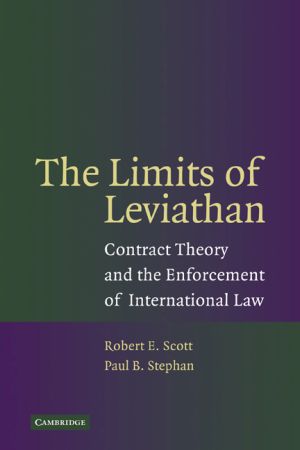 Much of international law, like much of contract, is enforced not by independent sanctions but rather through cooperative interaction among the parties, with repeat dealings, reputation, and a preference for reciprocity doing most of the enforcement work. Originally published in 2006, The Limits of Leviathan identifies areas in international law where formal enforcement provides the most promising means of promoting cooperation and where it does not. In particular, it looks at the International Criminal Court, the rules for world trade, efforts to enlist domestic courts to enforce orders of the International Court of Justice, domestic judicial enforcement of the Geneva Convention, the domain of international commercial agreements, and the question of odious debt incurred by sovereigns. This book explains how international law, like contract, depends largely on the willingness of responsible parties to make commitments.